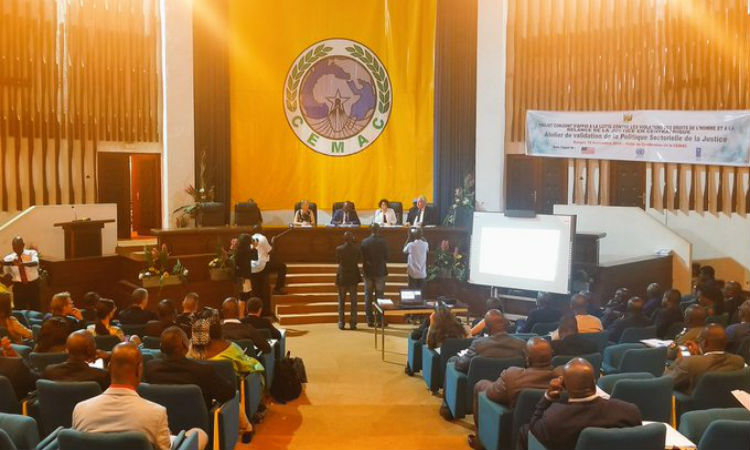 BANGUI – U.S. Ambassador Lucy Tamlyn attended a validation ceremony on September 18, 2019 to celebrate the drafting of the Central African Republic National Justice Sector Policy. The development of the policy was a coordinated effort between all justice sector actors, including the Government of the Central African Republic (CAR), the judiciary, civil society, technical and financial support from the United States government (80,000 USD, or 47,388,000 CFA), UNDP, MINUSCA and other international partners, including the European Union.

Speaking to the group that gathered for the ceremony, Ambassador Tamlyn said, “We are proud to have supported these efforts to promote the rule of law and the fight against impunity. I congratulate the CAR government on reaching this point and encourage you to maintain the same commitment in the important work that remains to be done to ensure that the justice sector lives up to the expectations of all Central Africans.”

The foundation for the development of the policy was based on existing efforts aligned with projections specific to CAR.

The finalized document is in line with the CAR national priorities and is complementary to the plan for the Restauration of State Authority and Security Sector Reform.

1)         Accountability and independence of the justice sector and judiciary

4)         Increasing the efficiency within the justice and prison system

The United States has supported the CAR government’s justice sector reforms since 2014, through the UNDP and MINUSCA Joint Project for Justice and Security.

Ambassador Tamlyn added, “The U.S. government will continue to be an ally for peace on this great continent.”