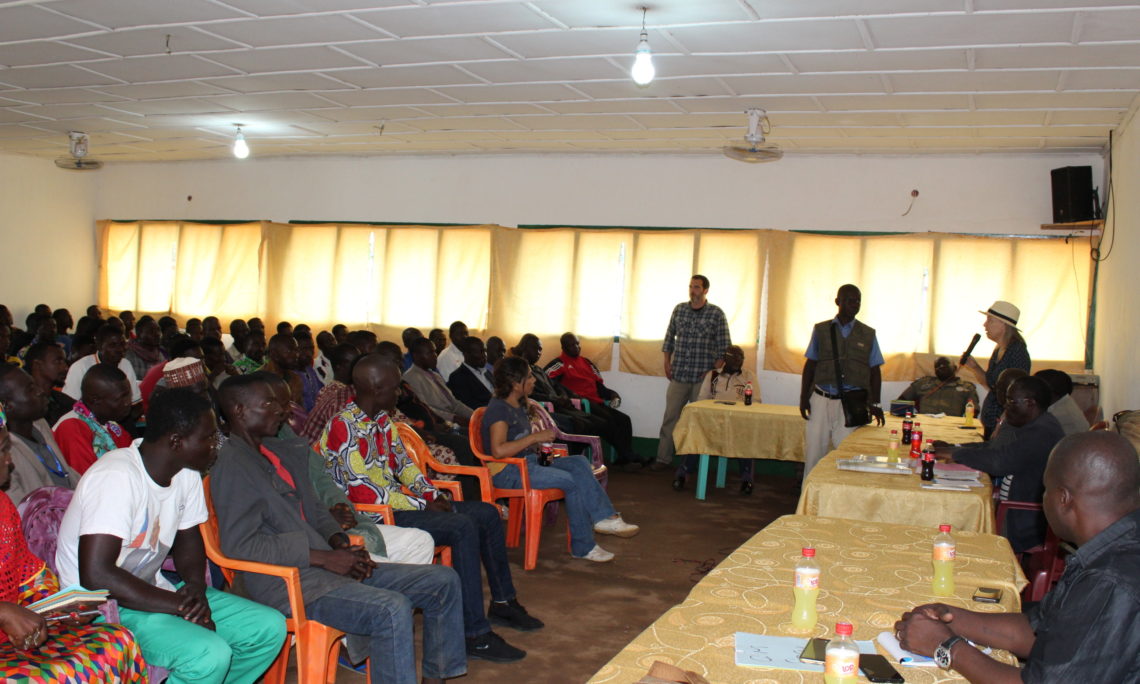 BANGUI – On August 24, U.S. Ambassador Lucy Tamlyn traveled to the village of Boali, approximately 90 km from Bangui, to attend a restitution meeting with representatives of some of the Armed Groups who have signed the Bangui Agreement for Peace and Reconciliation. The meeting was made possible thanks to financial assistance from the United States, and the assistance of the Economic Community of Central African States (ECCAS), a Peace Agreement guarantor. U.S. funding will support future restitution meetings will all members of the Armed Groups. Speaking to the more than 100 Armed Group representatives and local residents who had gathered in the meeting all she said, “On behalf of the American people I congratulation you because you chose peace.”

Ambassador Adolphe Nahayo, Representative of ECCAS in Bangui, opened the meeting by welcoming Ambassador Tamlyn and the six U.S. Embassy representatives who traveled with her to Boali. “I’d like to welcome our colleagues, and I call them colleagues because this is work we are doing together,” he said.

Ambassador Nahayo also gave a brief explanation of the peace accord, in French and Sango, so that community members who might not have had the chance to study the accord could learn about it.

The government of the Central African Republic and 14 armed groups signed the Bangui Agreement on February 6, 2019. Some of the main terms of the agreement include a commitment on behalf of the parties to respect the constitution, laws and regulations of CAR, as well as an acknowledgment by the parties of the serious consequences of the conflict and a vow to not repeat it.

Ambassador Tamlyn closed the meeting by saying, “The United States will always stand side by side with those who have chosen peace.”