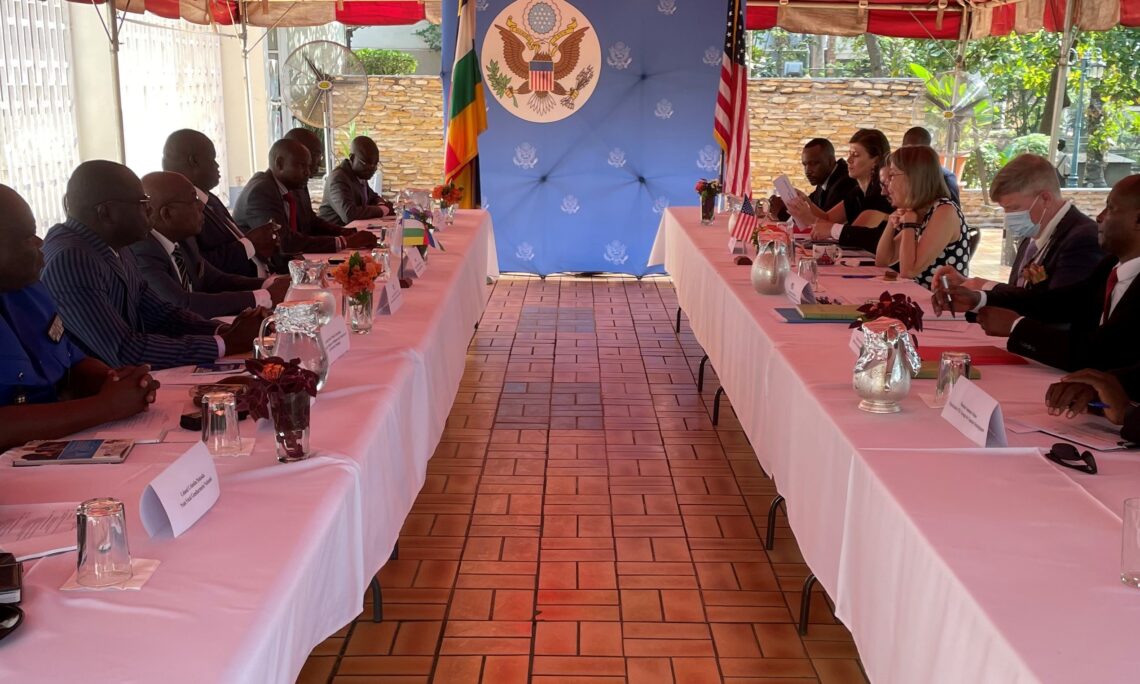 Conclusions of the Steering Committee for the

between the United States of America

and the Central African Republic

The IDFE accord was signed in October 2020 in Bangui.  It builds on the “Principles of Partnership” that President Faustin Archange Touadera signed during his April 2019 visit to Washington, DC.  The accord is grounded in both countries’ determinations to build a solid and durable foundation for our cooperation and prioritizes the Justice, Security, and Defense sectors.

According to Ambassador Lucy Tamlyn, “One of our very top objectives in CAR is to support the rebuilding of strong state institutions.  The IDFE invaluably guides our efforts.  It is a shared agreement and a true symbol of the United States’ sincere partnership with the Central African Republic.”

The IDFE Steering Committee met to review the two governments’ mutual progress in meeting mutually agreed benchmarks in the Justice, Security, and Defense pillars within the framework of our principles – equal partnership, shared priorities, mutual accountability, transparency, and sustainability.  All parties agreed the three pillars are essential to professionalize and effectively deploy Central African democratic institutions and to ensure security and access to justice for all citizens.  Both governments agreed that frank dialogue under the IDFE structure strengthens our bilateral partnership and ensures mutual accountability.

In the Justice and Security pillars, the parties were pleased with the progress made on the benchmarks and agreed to continue close coordination on future activities. Under the Defense Pillar, the parties recalled that the last steering committee had concluded that control mechanisms for the use of U.S.-provided equipment had not been fully implemented.  This resulted in a temporary suspension of some U.S. assistance for the Defense pillar.  The parties at today’s steering committee agreed to continue working to implement all commitments in this pillar.